My Tweets
Join 19 other followers

Mount Pleasant is the oldest neighbourhood in Vancouver outside of the downtown peninsula and the city’s first suburb. The hub from which the historic Old Mount Pleasant Village developed in the late 1880s and early 1900s occupies the area on Main Street (between 6th and 12th Avenues) and the Triangle Block – formed by Kingsway, Main Street and Broadway. Many of the buildings from that era still exist and have consistently provided affordable housing and commercial spaces. 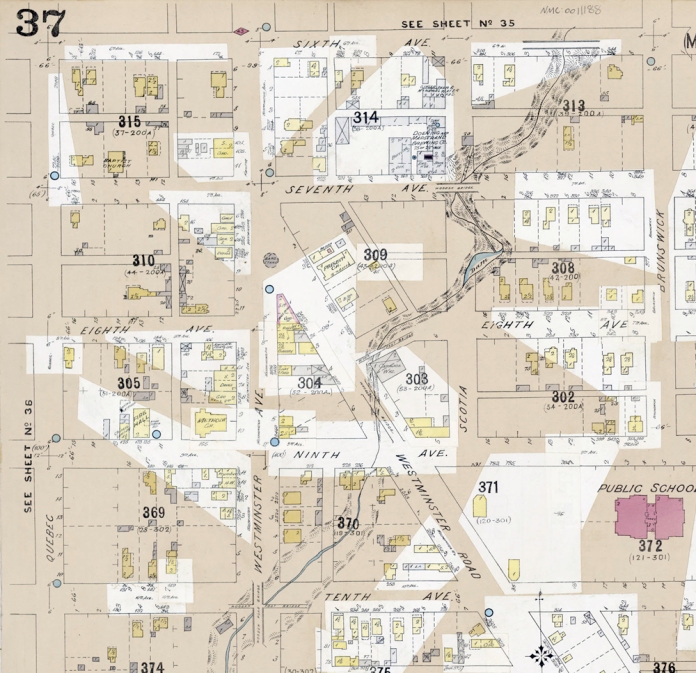 The Mount Pleasant Community Plan (MPCP) was adopted in November of 2010 after an extensive public planning process which began in March 2007. The subsequent Implementation Package (IP), which built upon the Plan, was adopted in October of 2013. Both documents contain principles and policies to address issues and guide development over 30 years. During the planning process the Triangle Block came to be affectionately referred to as the Heritage Heart.

So what do the Plan and Implementation Package say about this section of Mount Pleasant?

In 2015 the city put out a call for public nominations as part of its Heritage Register upgrade. In keeping with the principles and policies of the Plan and Implementation Package, the Mount Pleasant Heritage Group (MPHG) put forth a nomination to create a Main Street Heritage Precinct in the Old Mount Pleasant Village/Heritage Heart area of the neighbourhood. The city is in the process of developing themes for the Heritage Register and reviewing nominations. A report is due later in the year.

Heritage has come to be defined more broadly and to include intangible heritage assets, assets that contribute to the cultural and social fabric of a healthy community. It is important that the city recognizes that this unique area – with its human scale heritage and older, modest buildings providing relatively affordable housing and spaces for the neighbourhood’s treasured small and independent businesses – is a distinctive neighbourhood high street cherished not only by the local community, but also by the entire city. The MPHG believes that this historic hub and vibrant shopping and gathering spot is worthy of preservation as it meets our collective needs for local identity, sense of place, and connection to our neighbourhood.

You can access the Mount Pleasant Community Plan and Implementation Package documents here.